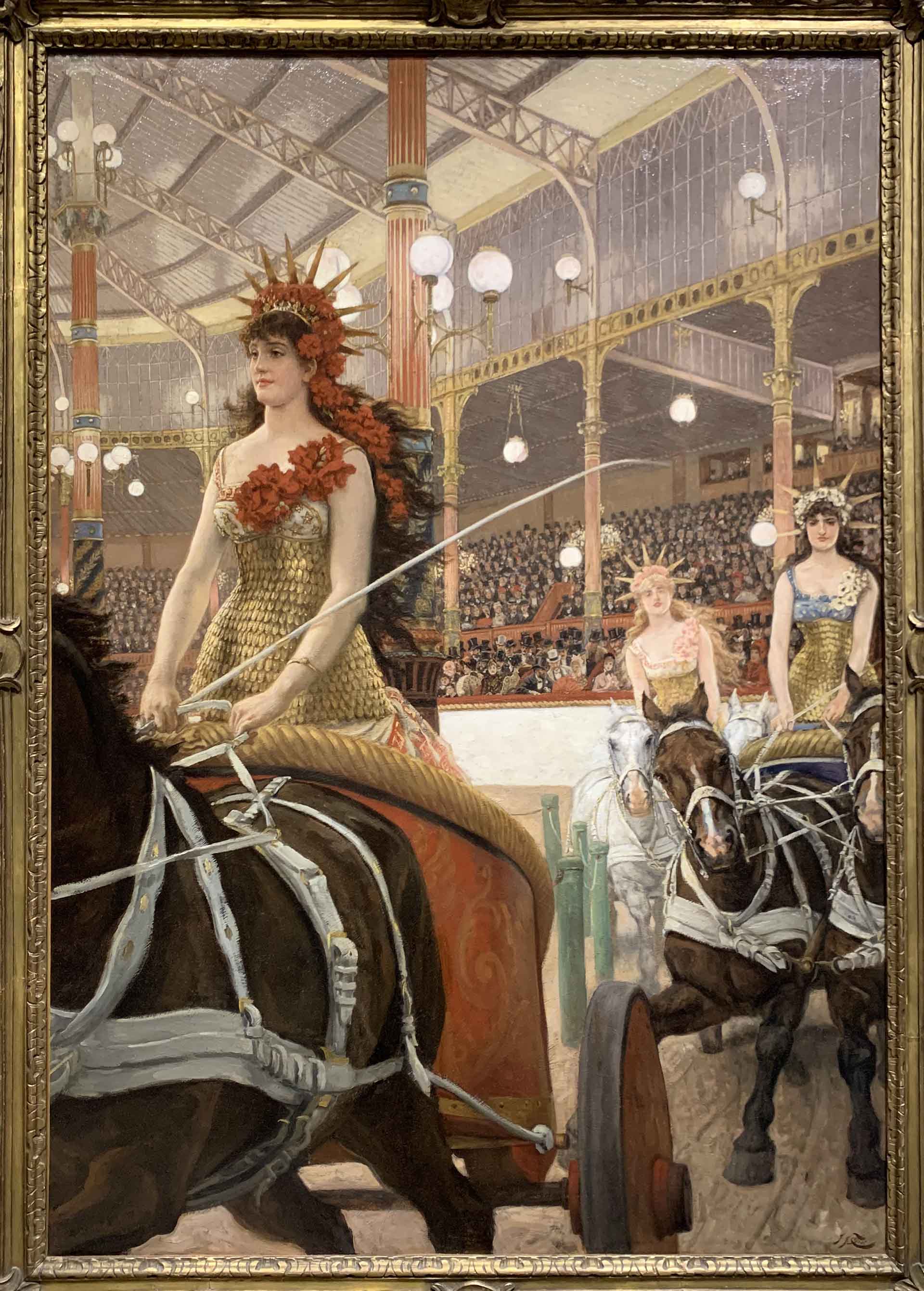 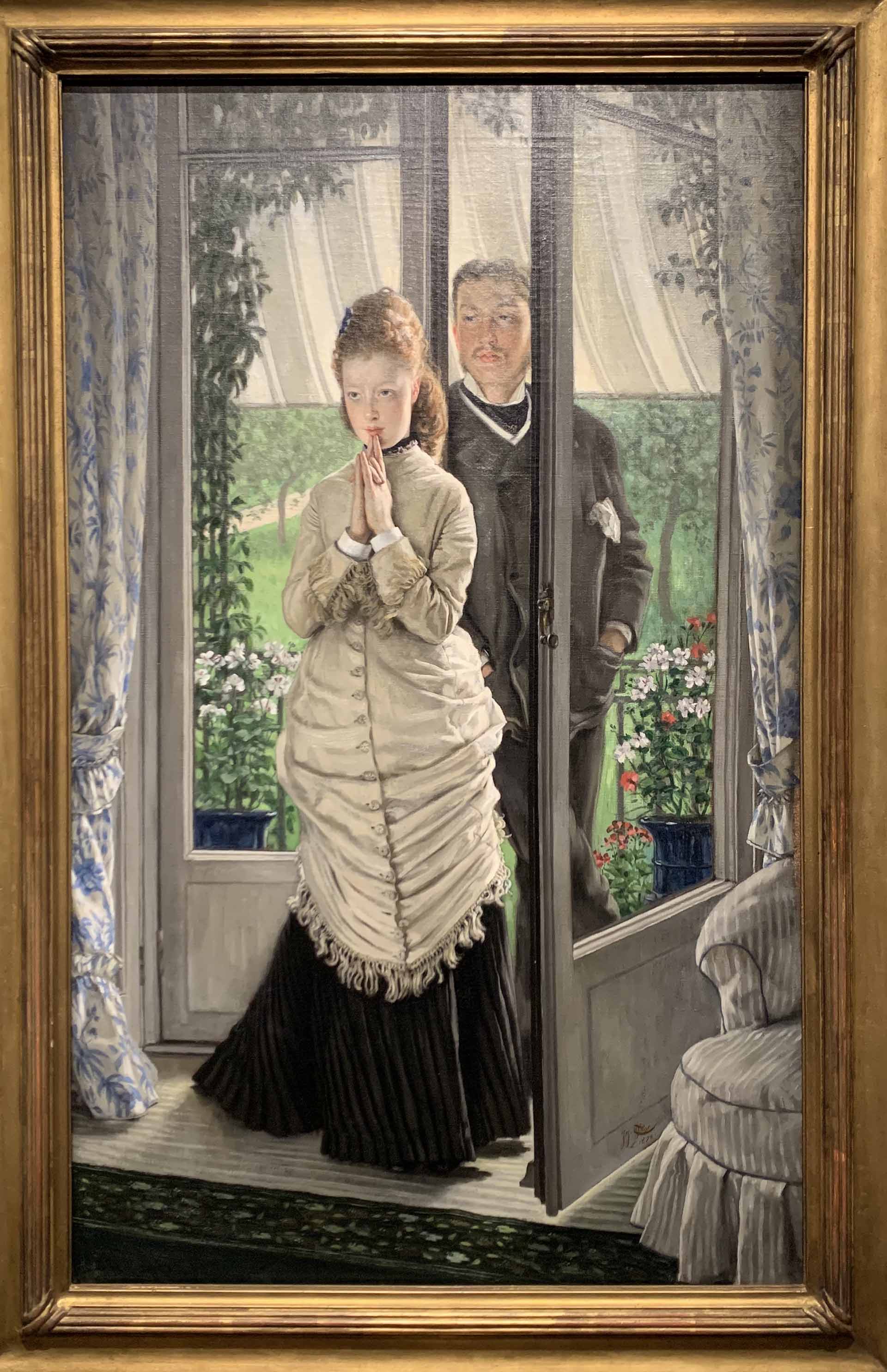 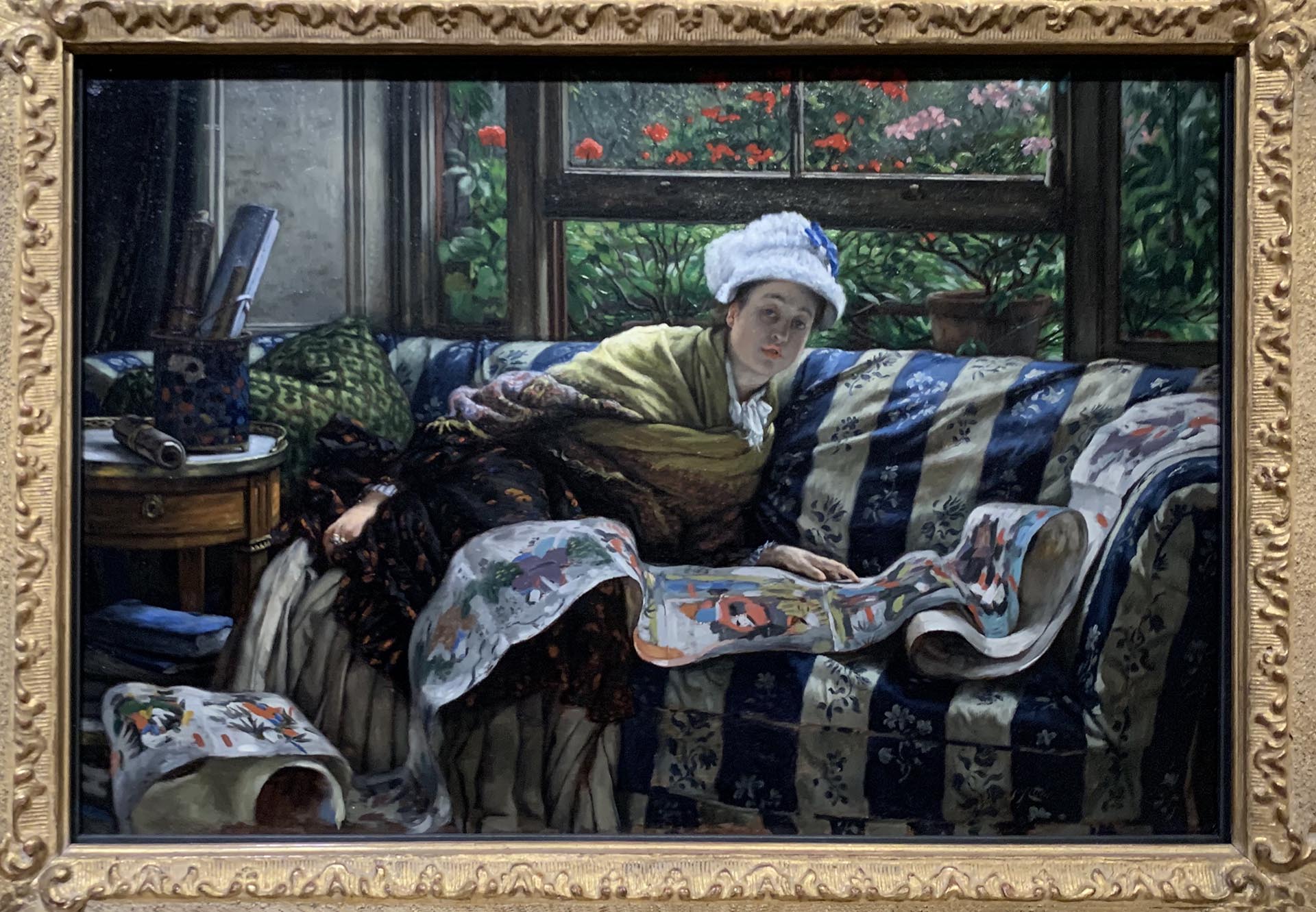 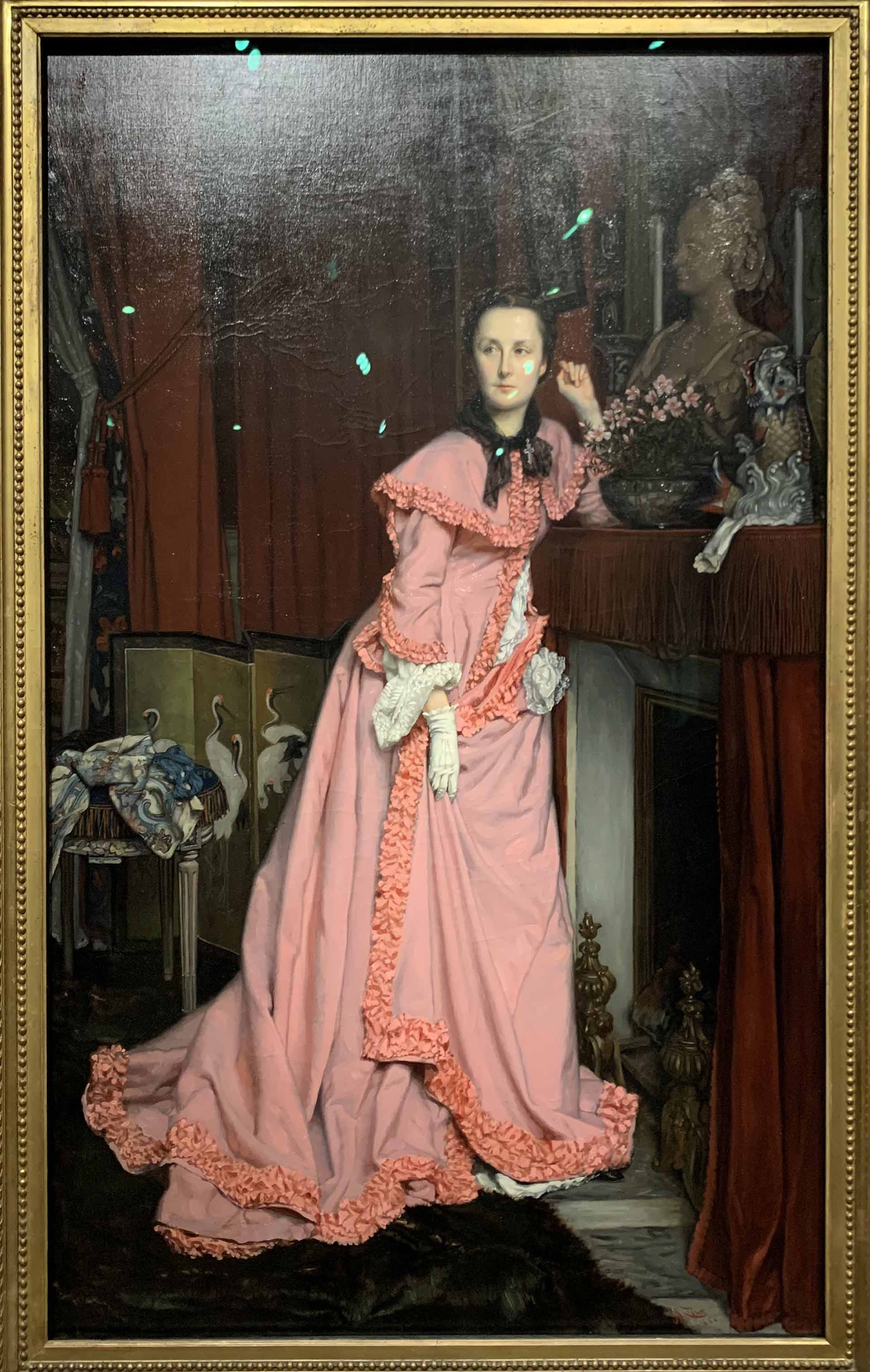 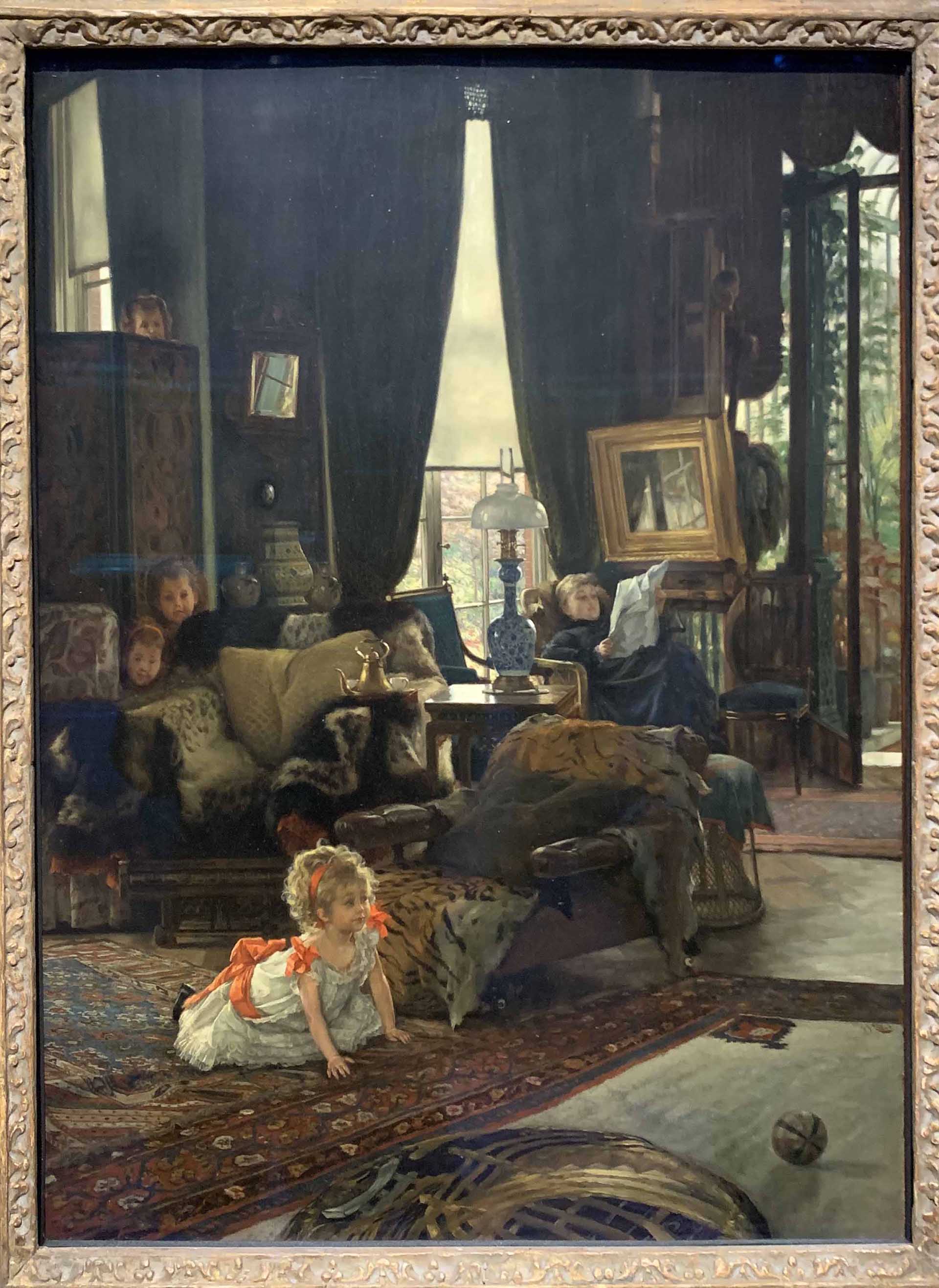 About the artist;
Jacques-Joseph Tissot was born in 1836, in Nantes in a seaport on the French coast. Throughout his life Tissot retained an affinity and fascination with all things nautical, and his marked ability to accurately paint rigging and shipboard scene paintings must have come from his boyhood. Tissot was the son of a very prosperous, successful shopkeeper, who was a devout Roman Catholic. Unsurprisingly the young Tissot was sent away to a boarding school run by Jesuits. Tissot senior seems to have been unenthusiastic about the prospect of his son becoming an artist, but eventually accepted the inevitability of his son's artistic pretensions forming the basis of his career.
In 1856 Tissot went to Paris to train as a painter. Here, at the Ecole des Beaux Arts the young Tissot met the young James McNiell Whistler (1834-1903), one of the most celebrated and unusual figures in 19th century art. At about this time Tissot also met, and became a friend of Degas (1834-1917) the Impressionist painter. Like Alma-Tadema, and Edward Burne-Jones, Tissot changed his name at this time to draw attention to himself. In his case he anglicised his Christian name to James. Tissot had fully inherited the shrewd commercial instincts of his father, and again like Alma-Tadema and Millais was a painter-entrepreneur. In the 1860s the painter became something of a traveller, visiting Italy, and in 1862 London. In 1864 Tissot exhibited his oil paintings at the Royal Academy for the first time, suggesting that he realised the potential of London as a source of wealthy patrons. Tissot began to concentrate on contemporary scene paintings at this time. In 1869 he produced caricatures for Vanity Fair magazine, where "Spy" had been the celebrated producer of this type of work for many years. Tissot produced a brilliant caricature of the elegant, sophisticated Frederic Leighton at an evening reception.